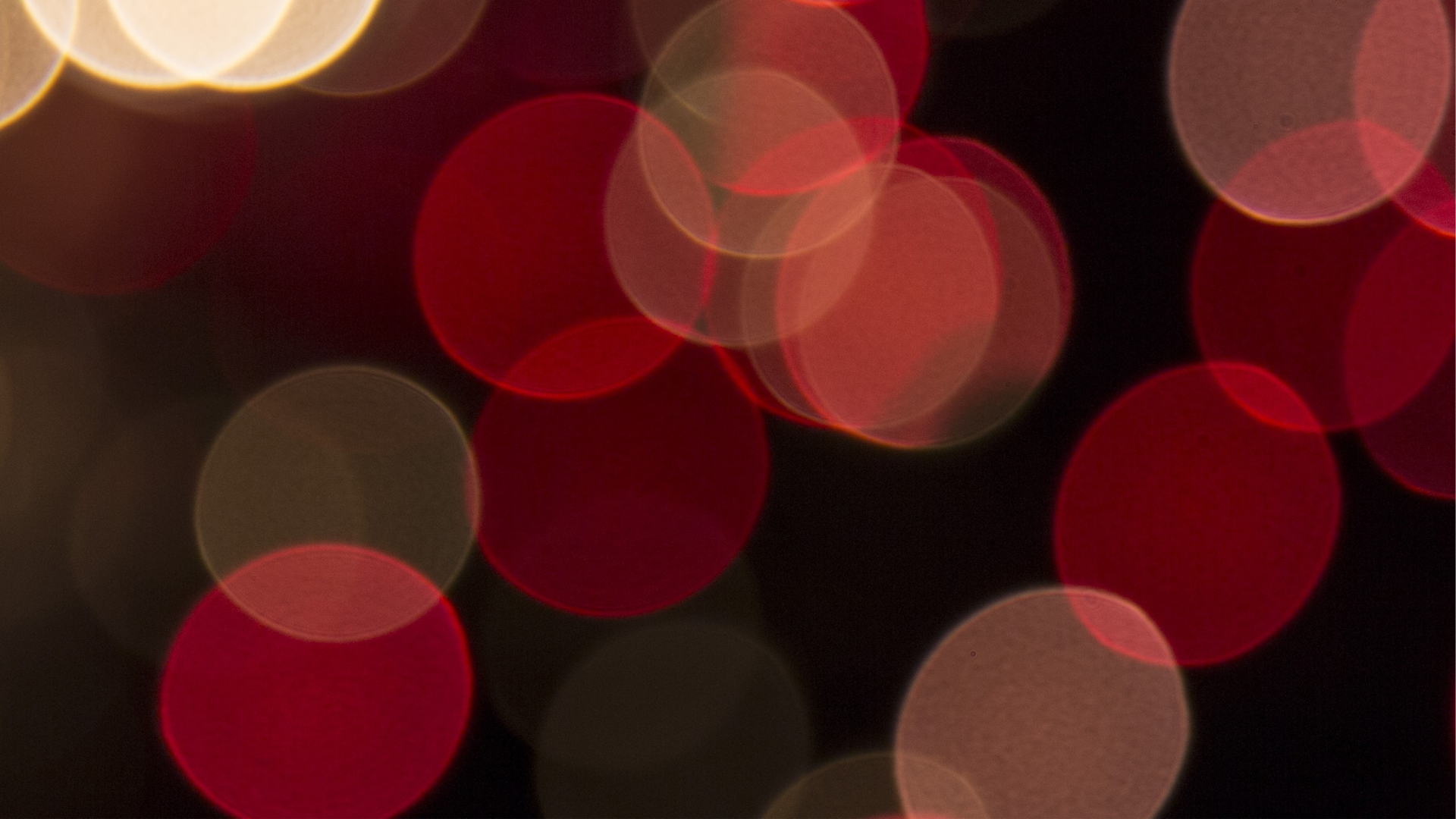 The Gospel of Transition

Christmas day is behind us, but we are still in the Twelve Days of the Christmas season that culminate on January 6. During these days, I like to look back and reflect on the year behind, and look forward to the year ahead. 2021 will bring many changes to our world, country, and even our church, not to mention our personal lives.

By nature and temperament, I don’t relish change. Maybe that is because I grew up in the same house in the same small town and attended the same school (Carlin Combined Schools) for thirteen years. But I have come to accept that change is inevitable. And I know from experience that times of transition bring opportunities for growth and transformation.

While my early years were marked by tremendous stability, there was a period in my life from 1989 to 1992 that I moved almost every year. I had been working as a campus minister at U.C. Berkley, but was asked to go to San Jose to fill a gap there, which I did for a year and half.

The world was changing, and the Eastern Bloc was opening up. I had spent a summer in Yugoslavia in 1986 reaching out to college students, so I decided it was time to go back for a year. But again the Lord had other plans.

I remember vividly the day the Berlin Wall came down in 1989. Not long afterward, I received a call asking me to help lead a team to Russia. The ministry I worked for had never sent people to Russia for longer than six weeks. So they told us we were guinea pigs. “Do what you can, trust the Lord, but we need you to come back and tell us about your experience.” I knew nothing of Russia or the America team I would be serving with. I felt like I was stepping into a black hole alone.

But this turned out to be a time of tremendous personal growth and expansion of the gospel. Our ministry at Moscow State University from September 1990 through May of 1991 turned out to be one of the most fruitful times of ministry I have ever known. So many students there were hungry to hear and receive the gospel and to be taught the word of God.

Months before leaving for Moscow, I met my husband Stuart, and we fell in love. He came to Russia where we got engaged (a longer story for another time), and were then married in September 1991. I moved again to Ann Arbor, Michigan, where he had been living for ten years.

While I knew I was called to vocational ministry, I wasn’t sure in what capacity. But we agreed seminary was the next step. I suggested three schools I thought could be a good fit, but let him pick the city. So we were off to Chicago in the fall of 1992 where I would attend Trinity Evangelical Divinity School for three years while he continued his work as an editor.

Some of you hear this story and think nothing of it because you have moved a lot in your life. Others may hear it and think, “What an adventure!” It was, but it was also a lot of change in a short time, which was not easy for me. Each step of the way, I felt called. But those calls came with costs that were not only incredibly challenging but also extraordinarily rewarding.

I think it was during this time that I began to ponder what I call “The Gospel of Transition.” Jesus left his home at the right hand of the Father to descend into the darkness of our world to be born in humble settings. “The Word became flesh and blood, and moved into the neighborhood” (The Message). His family had to flee to Egypt as refugees to escape the terror of an evil king who wanted to kill Jesus.

Eventually, they returned to Nazareth. After 30 years of living and working, Jesus left home again to begin his ministry, primarily in the region of Galilee. His family often didn’t understand what he was doing, which must have been hard. But he understood his identity, calling, and mission and would not be thwarted.

Early in his ministry, he called together others to leave their families, homes, and vocations to follow him and be a part of a new community, to become fishers of people. Jesus was forming a new community of followers. They traveled from place to place with Jesus watching and listening to him proclaim the good news, teach the ethics of the kingdom, and manifest the power of the kingdom through miraculous deeds. At one point, he sent them out two by two to do the same.

After three years of ministry, Jesus began to tell his disciples that it was time to leave Galilee to go to Jerusalem where he would suffer and die. They didn’t get it, but it happened just as he said. This required more leaving and more letting go.

They believed Jesus was the Messiah, but they expected him to conquer Rome and establish Israel once again as a nation. They expected that they would have positions of power and influence with Jesus as King, but instead Jesus “suffered under Pontius Pilate, was crucified, dead, and buried; he descended into hell; the third day he rose again from the dead.”

These historical events proved to be a crisis for them. It was good that Jesus appeared to them in his resurrected form over the next 40 days to help them learn to let go of false ideas of the nature of the kingdom and what it meant for him to be the Messiah. It also gave them time to get ready for more transitions.

Sometime during these 40 days, Jesus appeared to his disciples and gave them the Great Commission: “Go and make disciples of all nations.…” (Matthew 28:18-20).  Jesus’ plan was to send them out to continue his ministry. He had already assured them he would not leave them alone but would send the Spirit. Just before his ascension he said, “You will receive power when the Holy Spirit has come upon you; and you will be my witnesses in Jerusalem, in all Judea and Samaria, and to the ends of the earth” (Acts 1:8). Once again, this called them to move out of their comfort zone to go to new places to share the good news of Jesus with others.

The disciples watched Jesus ascend into heaven, leaving them once again but this time he would not appear again in his bodily form. But when the Spirit came, they were changed and they understood that they were sent out to change their world. Just read Acts to witness the remarkable transformation of Jesus’ first followers and how they faithfully lived out the commission Jesus gave. Once again, they left home to extend the gospel and so fulfill their calling and mission.

We have a savior who knows what it is like to be human and to deal with change. This is helpful because we face change all the time. We never escape the reality that life presents all kinds of opportunities to let go, to leave the familiar, and to step into the unknown. But these are always opportunities to trust God more and to experience that his grace truly is sufficient and that his power is perfected in weakness. I know this from past experience.

Though we have dealt with so much change already in 2020, there is more ahead. One of the biggest for our church will be letting go of our friend and pastor Pete after 42 years of ministry. This is a big change, a loss even. But it is an opportunity to remember, give thanks, and celebrate God’s goodness and faithfulness to his people at VPC for many years under his leadership. We will do that throughout January and February.

Then sometime in 2021, we will welcome a new pastor. There are certainly going to be bumps ahead with such a big transition, but we can anticipate good things are in store. Why? Because God is good all the time. And this is his church, and we are in his hands.

While change can be difficult, it’s good to remember there are things that never change. Jesus promises to always be with us. The Holy Spirit fills, empowers, and helps us. The word of God guides and directs us. And Jesus’ commission to make disciples of all nations is still ours to help fulfill.  Even with all the changes ahead, we as a church continue to live out our mission of becoming like Christ together for the world.

The year 2021 will bring many changes, many transitions, many opportunities to trust and experience the goodness and grace of God. All of life is simply a series of changes and transitions. But these present the opportunity to grow deeper and deeper in love with our Lord and to step out and to love the Lord and love the people more and more. I anticipate with great joy and expectation what God has ahead for all of us in 2021. It may not be easy, but it will be good.